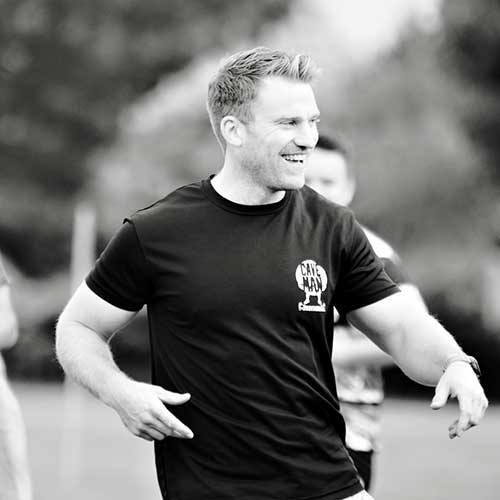 Our founder, Stuart, is the brains and driving force behind Caveman Conditioning®. He established the business in 2010 while at the same time completing a degree in sports science and masters in sports performance – specialising in strength and conditioning.

Not someone who likes to make life easy for himself – clearly – but the combination of academic knowledge and hands-on coaching experience proved to be invaluable. Stuart gained both the practical and theoretical tools to work with people from all walks of life, from professional sports teams and Olympic athletes to famous rock bands and weekend warriors.

Stuart’s absolutely passionate about spreading the positive culture that Caveman Conditioning®® is built on. He’s focused on continual evolution, making sure the highest levels of service are met, while leading the way for physical group training, and helping as many people as possible. 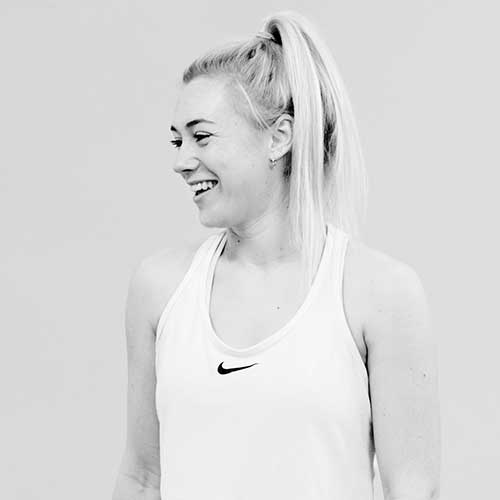 Charlotte’s our main coach for FIIT and RESTORE, with an impressive background of professional dance and dance teaching. She knows how to tailor movement for different abilities, and is highly experienced in helping people improve their general fitness and health.

Since joining the Cave crew in 2017, Charlotte’s spearheaded the development and successful launch of our 'FIIT' group training programme. Using the most up-to-date training methods – combined with her infectious energy and passion – she’s made it one of the most comprehensive training programmes out there.

Nothing makes Charlotte happier than helping people reach their full potential. Just moving better and feeling fitter is an accomplishment, but Charlotte’s also a firm believer in pushing people to meet their goals and get results, with plenty of fun along the way. 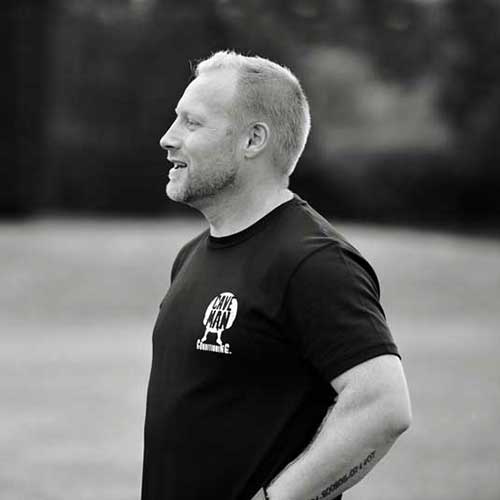 A natural people-person, Neil’s genuine, down-to-earth and a real team player. Drawing on his years of experience as a professional rugby player, he makes a powerful and inspiring team leader.

Neil’s mantra is to get ‘ordinary’ people to train in an ‘extraordinary’ way.

He’s an expert in empowering and educating clients of all abilities – making it simple and easy to learn new and more advanced training methods.

Neil first joined the Cave as a participant and “fell back in love with exercise”, realising how much he’d missed the buzz and group togetherness of his rugby days. We realised our goals and future plans aligned, so he became the first person to launch Caveman Conditioning® Milton Keynes and Woburn in 2014.

Neil’s made an enormous impact since joining in 2014, and has a proven track record of successfully running his own business – Caveman Conditioning® Milton Keynes. How he finds time to do it all with five kids (yes, FIVE), we’ll never know but he’s an expert at balancing kids, exercise and business. 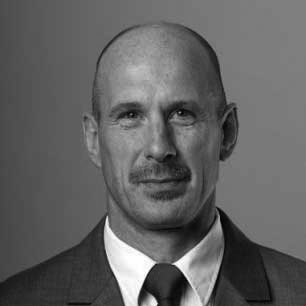 Phil’s one of the UK’s leading physiotherapists in sports medicine and rehabilitation. He’s a bit of a legend in the world of rugby – and beyond.

Nationally, Phil's recognised as a leading light within injury treatment and rehabilitation, and is experienced in a wide variety of sports and exercise medicine. He’s competed internationally in Judo, Triathlon [Ironman World Championship Hawaii] and England Rugby 7s.

Phil’s also been the England Team’s physiotherapist since 1997 and toured with them when they hit Japan 2019 for the Rugby World Cup. He’s covered the last five World Cup campaigns, including the 2003 World Cup win, and toured New Zealand [2005], South Africa [2009], Australia [2013] and recently New Zealand in 2018 as Senior Physiotherapist for the British and Irish Lions.

Regionally, Phil’s been part of the Northampton Saints Rugby Football Club for 32 years – first as a rugby player (with over 150 first team appearances) then as Head of Performance from 1996 to 2002.

On top of all of that, Phil remains active in education. He’s a visiting lecturer at the University of Bedfordshire where he helps teach the MSc in Sports Performance with a specific focus on transferring “theory into practice”.', 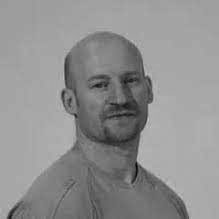 Iain has a substantial research profile within S & C, with over 30 journal publications and book chapters. He is an accredited S & C coach with the UK Strength & Conditioning Association (UKSCA) and the British Olympic Association and is a tutor and assessor for the UKSCA.

He has over 25 years of experience as an S&C coach and sport science consultant working within a wide range of sports and organisations, including, the English Institute of Sport, Talented Athlete Scholarship Scheme, Bedford Blues, Northampton Saints, Saracens, Peterborough United, Northampton CCC and the England Rugby team. 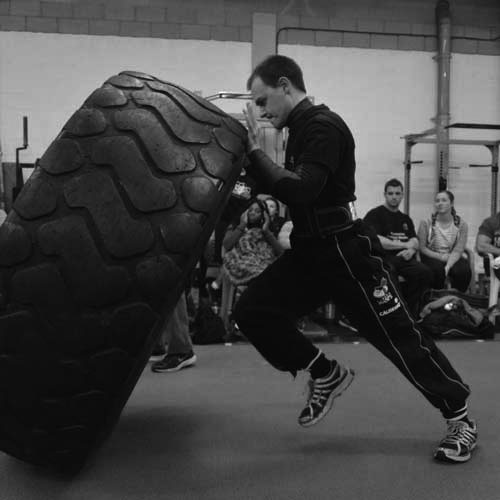 Sean has the winning combination of training knowledge and personal skills to deliver results for every individual – no matter what the client’s background.

He’s worked with everyone from experienced athletes (including Olympic, World and Commonwealth medallists), to youngsters still in pre-school.

An athlete himself, Sean competes at a national level within the sport of powerlifting, and with competitive experience in Olympic Weightlifting, strongman and sprinting.

Sean also holds a PhD in Biomechanics. He lectures in Strength & Conditioning at the University of Bedfordshire and is an active researcher, interested in all things strength/power. 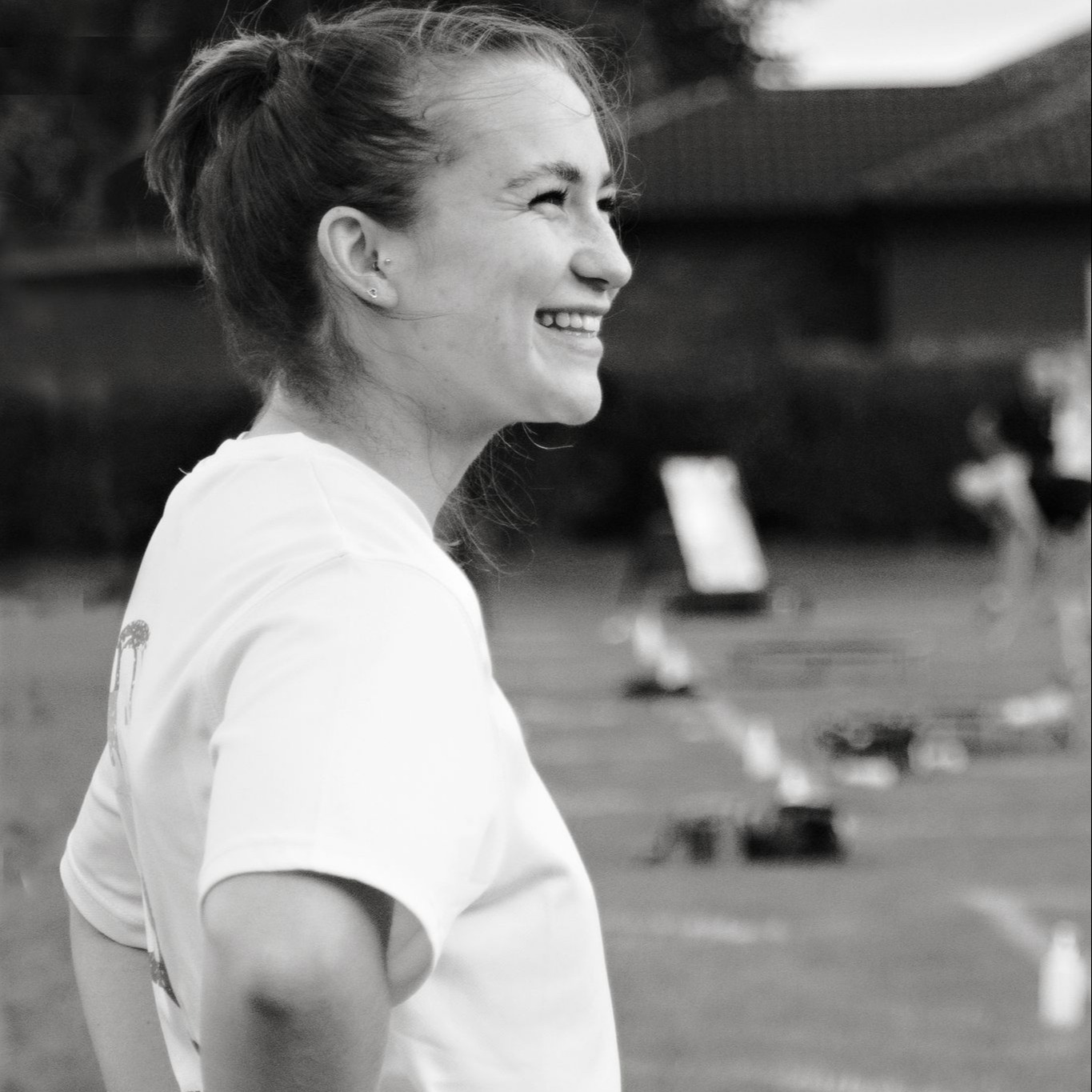 Hannah completes the ‘Pask pack’ and is the younger of the sisters (she insisted this was mentioned). In true Pask fashion – Hannah has grown up with sport, and fitness in her bloodstream - leaving her with an impressive professional background.

With a degree from one of the most specialist performing arts schools in London, as well as becoming an accredited fitness coach - Hannah combines her knowledge and understanding of what quality movement and technique to help Cavers progress.

Being a coach at Cave means that Hannah is in her element – passing on her extensive knowledge of movement and pushing people to their individual limit, whilst (most importantly) having a good time. 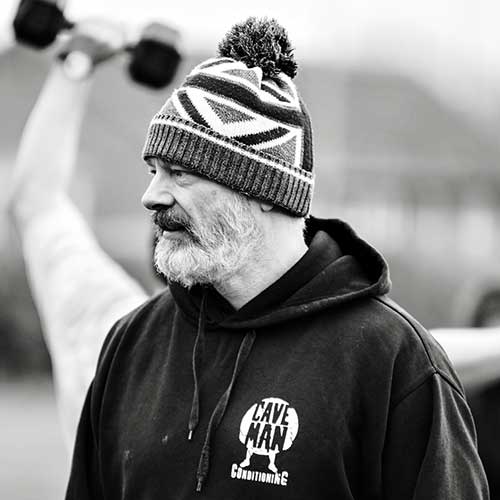 Our Rugby League player-turned-coach, Matt, has a special interest in strength and conditioning. After earning his coaching education in Rugby League, working with top coaches such as Phil Pask (Northants Sport) and David Sutton (Northants County Cricket), he coached U14s through to adult – including players going on to semi-pro ranks – and participated in multiple regional and national Grand Finals.

Today, Matt’s in his third year of competitive powerlifting and he’s recently started competing in triathlons. He met our Caveman Founder, Stuart, at a Phil Pask coach education session in 2014 and joined the Cave crew soon after. Initially just following the Saturday sessions for further education, he soon became an active part of the community and has been working alongside Stuart on Lift and Caveman for three years.

Matt loves applying top-level amateur coaching education to everyday people – “it’s less pressure to win each week” he jokes. But in all seriousness, he finds nothing more rewarding than working with people and making a real difference in their lives. When Matt’s not busy training or coaching, he’s juggling a busy career in high-end automotive engineering.